There’s probably not a person alive that doesn’t feel they could use some sort of conditioning for their hair. The proof of that is in the numerous conditioners on the market for every hair type. Even those with oily hair often deal with damaged, split ends and turn to specialized products that moisturize their strands. So what’s the deal with hair conditioners, how do they work, and what are the best oils for hair to achieve the same, if not better, results? 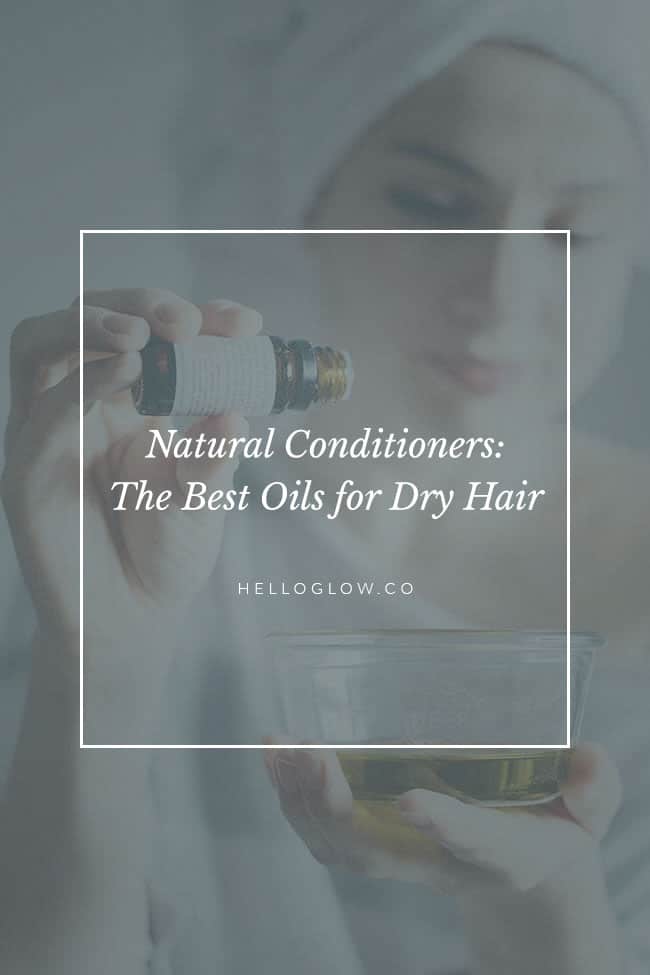 Benefits of hair oils as conditioners

The job of conditioning hair might seem obvious; we want our hair to be smooth, soft, and lustrous. We don’t want tangles, split ends, brittleness, or frizz. Goals. And that just about covers it, right?

But as you will see, there’s a science behind hair conditioners that helps achieve these goals, and it’s pretty interesting.

First, you should know that hair strands are porous and easily damaged when water gets in. The outer layer of cells on a strand contains lipids. And as you know, fats repel water. This is good for keeping water out of the hair strands because, otherwise, they can swell up and then are easily broken. Oils can protect the hair from this type of damage by filling in the gaps between those outer cells, which also prevents chemicals and other substances from getting inside [source].

Another thing to know is that hair has an electrical charge. Each strand carries a net negative charge. It’s a little complicated, but basically, the more negatively charged the hairs become, the more they repel each other, leading to static electricity—and, thus, frizz. So conditioning products want to neutralize that by introducing some positive ions. This also keeps the water out.

They keep the hair surface smooth.

Lastly, conditioners act as moisturizers that lubricate and maintain that fat layer, helping the hair to repel water and keeping the surface smooth. Some products made up of smaller molecules can penetrate the hair fibers, and others with larger, heavier molecules will sit more on the hair’s surface.

They condition the scalp.

Additionally, moisturizers can protect the scalp by lubricating its surface, which prevents inflammation leading to dandruff, and by preventing bacterial or fungal overgrowth. Since the scalp is the nutrient base from which the hair grows, it is also important to maintain its health and integrity.

We might think that an oil is just an oil, but the plants they come from have different properties, and their oils act differently on the hair. They have various ways of impacting the hair characteristics mentioned above, which accounts for their particular effects.

So let’s talk about the top 5 plant-based oils for hair and how they work. 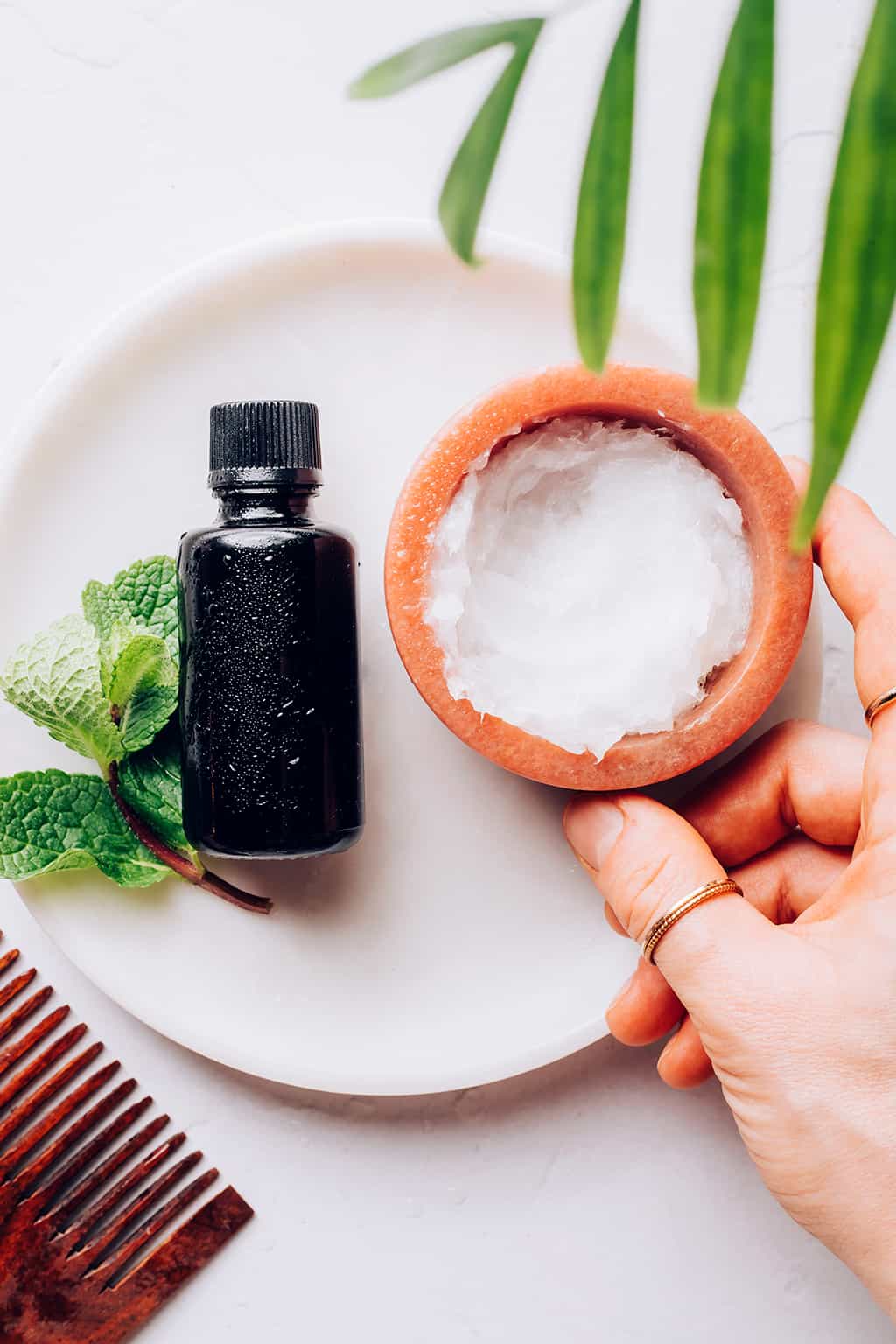 The most widely known plant oil for hair, coconut oil has a long history of hair use in South Asia, in particular India, where it was used in Ayurvedic hair treatments [source].

As an emollient, the rich combination of fats in coconut oil coat the strands, keeping the moisture inside. It also lubricates the hair, preventing tangles by keeping the strands from sticking together. A review of 22 studies showed that coconut oil successfully treated brittle hair [source].

A unique quality of coconut oil is that it contains lauric acid, one of the smaller molecules that can penetrate into the hair shaft. From there, it has been demonstrated to prevent protein loss if used before and after shampooing [source]. Another study demonstrated that when the oil penetrates the strands, it can make hair more flexible, which increases its strength because it is not as likely to break [source].

When hair becomes more porous from the use of chemicals, it is increasingly prone to damage. But coconut oil-based products have been proven to form a barrier in the hair structure that reduces porosity—a significant benefit for hair restoration [source]

Research has also shown that coconut oil has antimicrobial activity [source] and, when used on the scalp regularly over 12 weeks, has a beneficial effect on the scalp microbiome. It was seen to promote the growth of healthy microbes and reduce bacterial and fungal growth associated with scalp irritation and dandruff [source]. 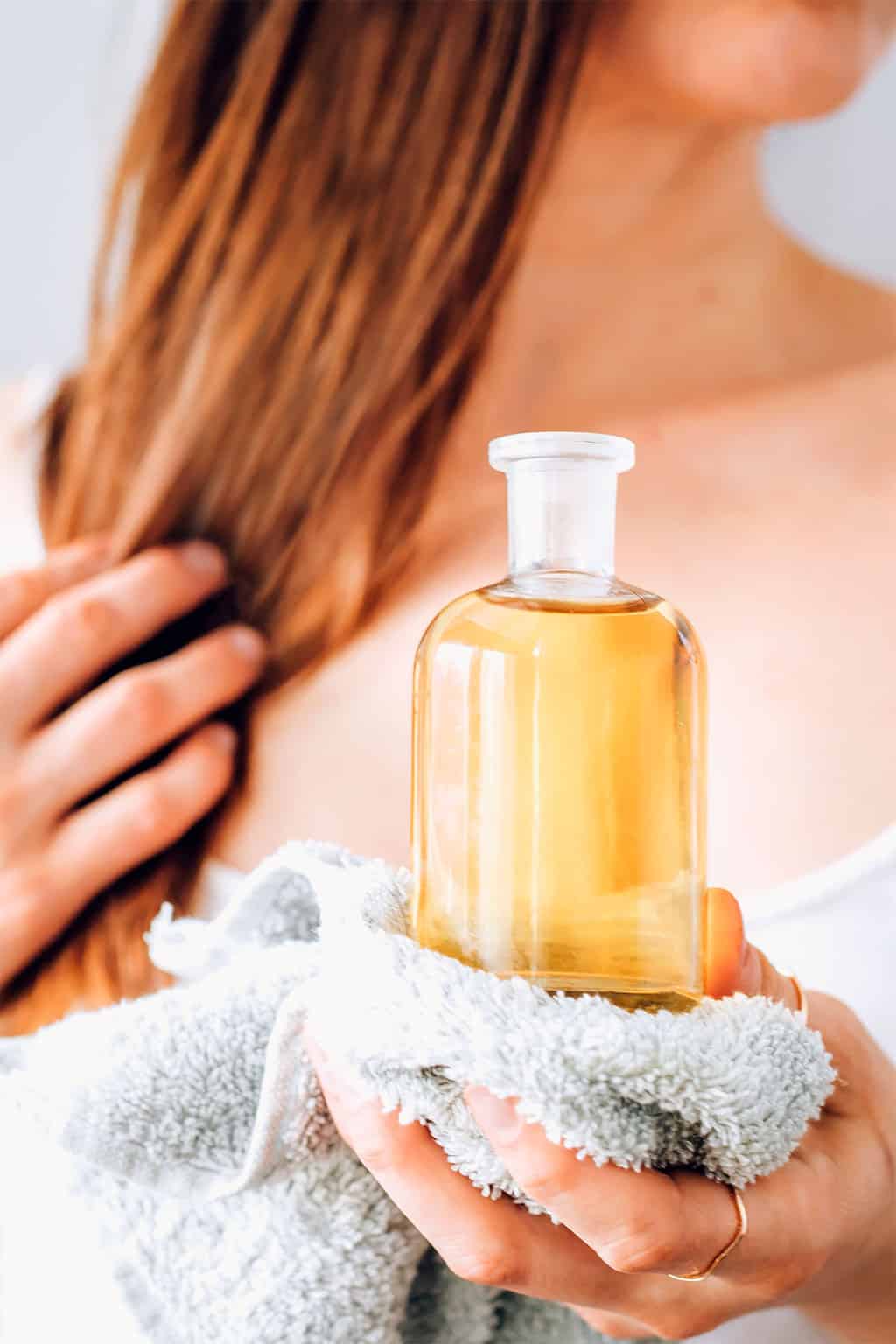 Since a few thousand years BCE, castor oil has been used to strengthen hair and give it luster [source]. In modern times, it is primarily used in industrial settings as a lubricant and has a few cosmetic and medicinal uses. The unique moisturizer it contains is ricinolein, a monounsaturated fatty acid that makes up about 90% of its fat content [source], making it a very viscous oil that will cling to the hair strands and prevent damage. Added to the scalp, it provides protection from fungal and bacterial infections [source] and also has anti-inflammatory effects.

The oil can be used on dry ends of your hair, leaving it on as a deep conditioning treatment. Heat can be applied to help it penetrate the hair shaft. You have to be careful when applying castor oil not to use too much. Because the consistency is so thick, it has been known in rare cases to cause matting, especially when applied with other oils [source]. 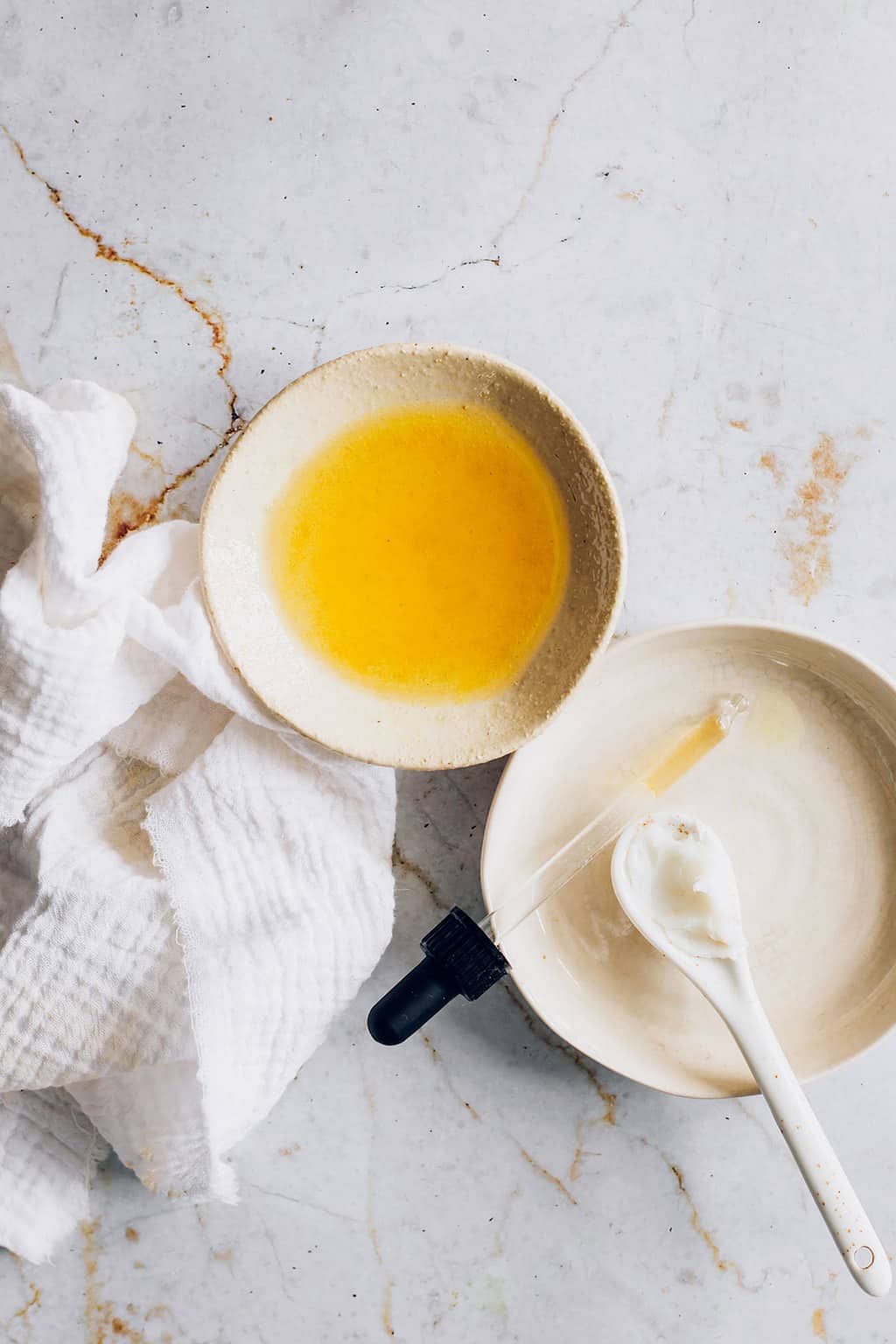 Even though we are well aware of this oil being used for culinary purposes, some may not know it also has cosmetic uses. It contains many beneficial compounds, such as antioxidant phenols [source], so it’s a good idea to use it for more than just your cooking! In fact, the ancient Greeks used to bathe in it [source], but you can definitely do a deep hair conditioning treatment with olive oil.

Shown to have healing effects on the skin, it is also protective against damage from UV rays [source]—something we often don’t consider when it comes to our hair. It has also been shown to heal inflammatory conditions of the scalp [source], which is important because it contains the follicles where the hair’s roots are nourished. 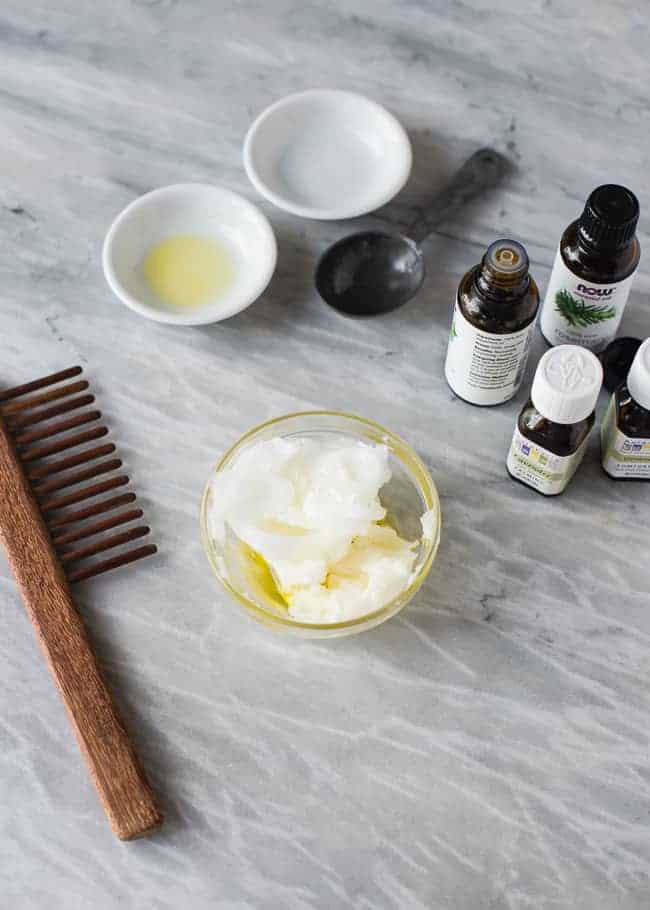 The marketing for this oil has been so successful that when one thinks of hair oil, this is one of the first that comes to mind. However, there is very little evidence supporting its use for hair [source]. Like olive oil, it also contains a high proportion of monounsaturated fatty acids, along with phenols, vitamin E, squalene, and other antioxidants [source], so it should have similar properties when it comes to hair. Its capacity to hold water is known as one of its beneficial effects [source], and it is thought to be quite capable of keeping the hair moisturized [source].

Try making this DIY regular hair treatment by combining argan oil with coconut oil and shea butter for a rich, intense conditioning therapeutic application for your scalp and any dry or split ends.

Not one of the more commonly used oils for hair, sesame has been shown to moisturize hair, form a protective coating around the hair, and penetrate the hair shaft [source]. It’s inexpensive and easy to obtain, though it’s mostly used in Asian cooking. Sesame oil contains sesamin, a hydrophobic antioxidant [source]. This is a good thing for a substance that enters the hair because it will repel water, strengthening the hair and preventing damage. Some research has shown that topical application of this oil blocks 30% of the sun’s UV rays [source], probably due to its antioxidant power. 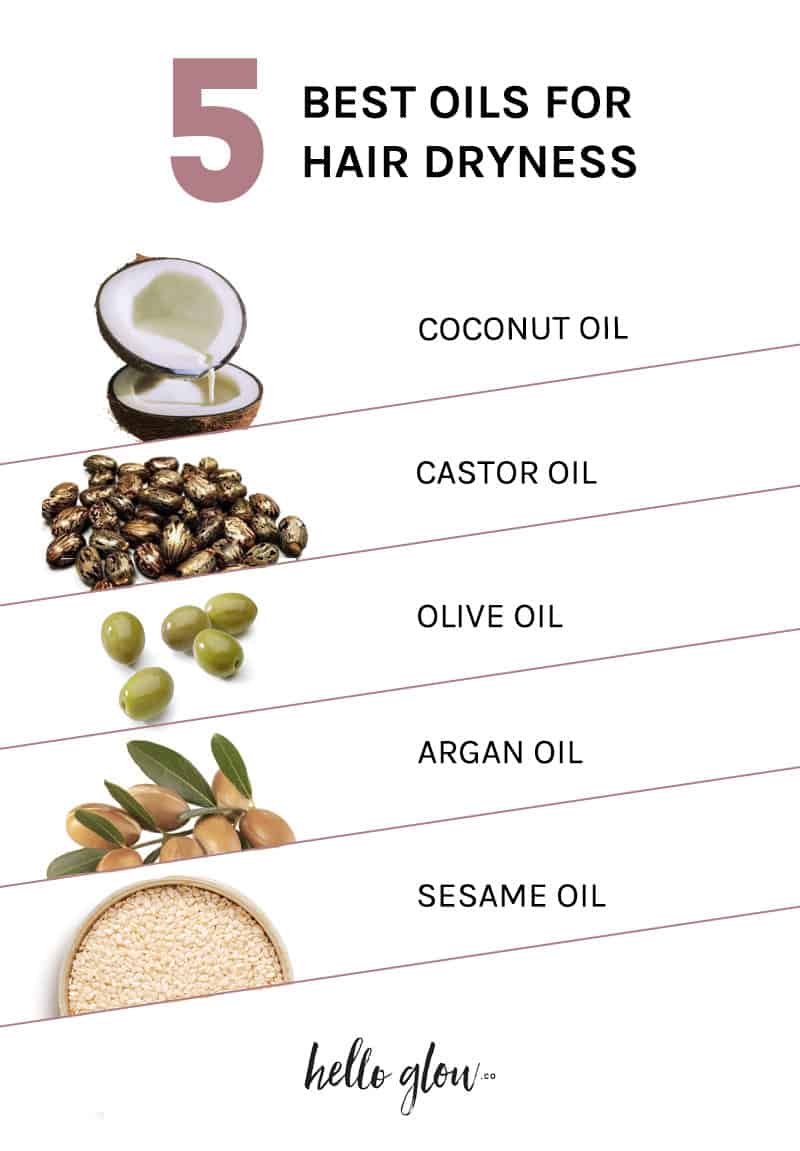 How to Use Neem for Hair Growth

Here’s How You Can Shop The Ordinary’s Latest Launch Before Everyone Else: O.Lab

8 Celebrity Duos We Can’t Get Enough Of

Here’s How You Can Shop The Ordinary’s Latest Launch Before Everyone...